Following on from my recent post about Google’s market share in the UK, here are a few figures from a few of our European neighbours. The figures are staggering, highlighting the search giants complete domination of the European search market.If you thought Google does well in the UK with over 91%, you haven’t seen how well if does in countries like Portugal and Belgium. Below are a few of the figures.

The above shows us that there are a number of major European countries, in which Google has over 90% of the search market share. It doesn’t include the UK or Italy which are also over 90%. In fact there are 19 European countries in which Google has a market share of 95% or above. Its difficult to think of any other company across all industries that dominates in the same way Google does. Microsoft in the early days of personal computing is perhaps the closes in terms of dominance. Even Facebook faces competition from Twitter, Pinterest and other social networks. In Europe they simply don’t have and rivals. Google has over 50% of the market share in every single country in Europe, the smallest share being that of the Russian search market where it has 57%.

What Does this Mean?

Well, it means that if you are a business you simply have to perform on Google to make the most of the web. It also means you have to be willing to hand money over to Google for adversing if you are in a particularly competitive market. 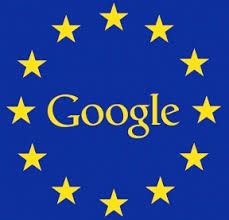 Google’s dominant position has already led to a number of court cases, many of which are ongoing, including a massive European Commission investigation which could land Google with billions of Euros in fines. The investigation is centred on allegations that Google is diverting traffic from rival services by manipulating search results. I.e. they are ranking their own products and services above their competitors.

Google has recently faced challenges from publishers in France, Belgium and Germany who have asked for payment from Google to include links to their news stories and publications in search results, so copyright fees. Google has agreed to set up a 60 million Euro fund to help French digital publishing.

Its the same old story; with market domination comes a lot of problems. The fact is that Google’s troubles are very much worth while when you consider just how well they are doing off the back of their European dominance. There are three quarters’ of a billion people in Europe, half a billion with regular access to the internet. The European search market is twice as big as that of the US and Google completely dominates it.

If you want to make the most of the internet and generate traffic, leads and sales online Miromedia can help. We are SEO,PPC and web design experts with more than ten years in the business. Click here to get in touch. To see who we have already helped click here. We are always happy to have an informal chat so don’t hesitate to pick up the phone.