Google’s geographical mapping products never fail to amaze. Google Maps, Earth and Street View are all truly incredible. Its all too easy to waste a few hours on them and Google Earth, in particular, can provide almost unlimited entertainment. Last year Google unveiled its indoor maps feature. It allows users to see their location inside buildings such as shopping malls and airports. And Google has recently taken its indoor maps in a different direction – into some of the best museums in the US! 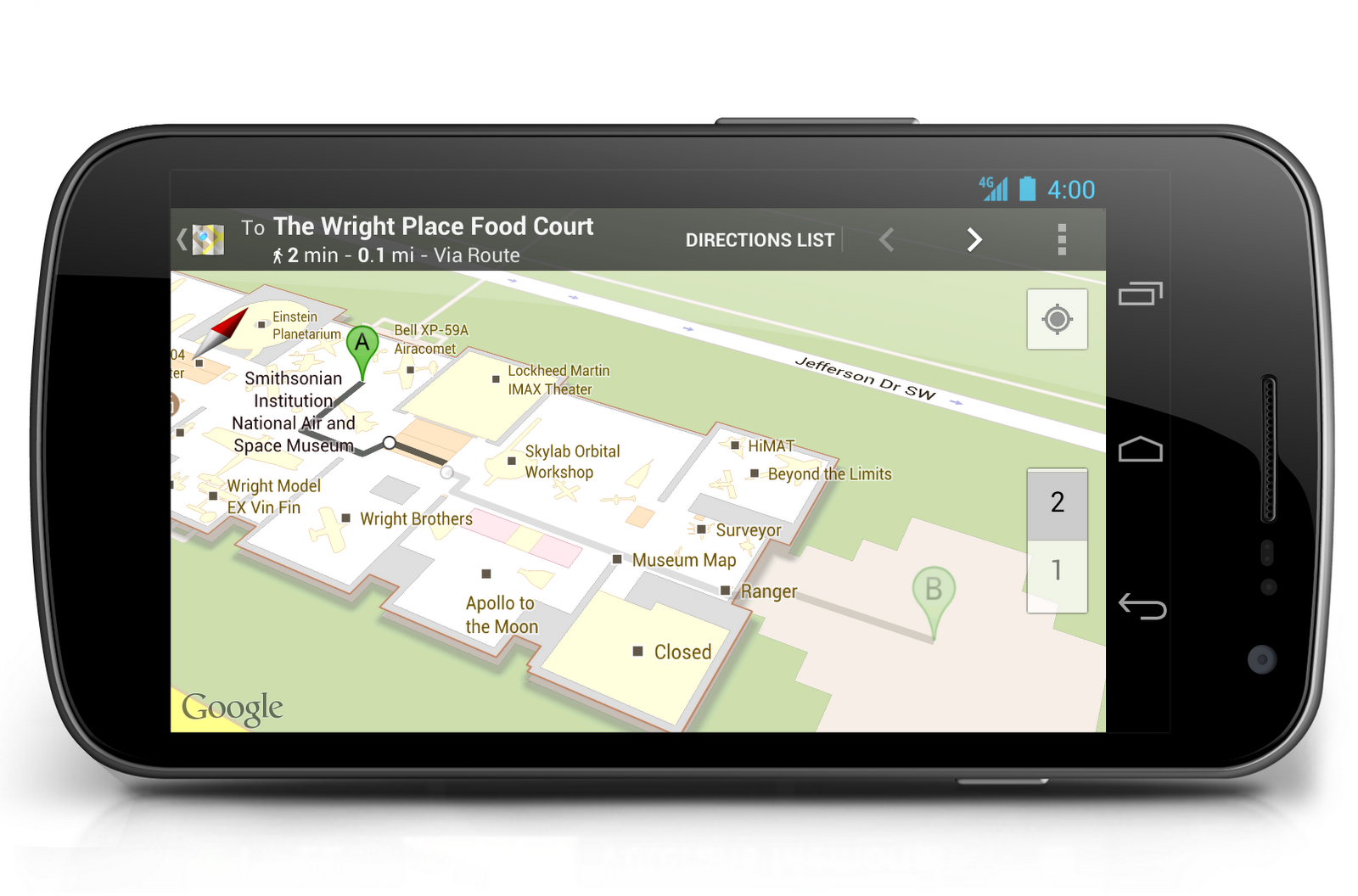 Yesterday Google announced, via its official blog, that Android devices would carry maps and walking directions of some of the most popular museums in the US. 20 museums ad galleries have been added to the list of 10,000 indoor floor plans already available. There’s even a zoo on the list! The walking directions feature of Maps gives users directions to specific indoor locations such as food courts.

Its not the first time that Google has ventured into museums and galleries. The Google Art Project, launched in February last year, has given people across the globe access to some of the finest works of art on the planet.

Every update to Google’s mapping products seem to be exciting and who know what will be next? Whatever it is, you know it will be good.